Inspired by Frank at Dutch goes the Photo: Number

I look forward to the innumerable ways you can approach this theme! 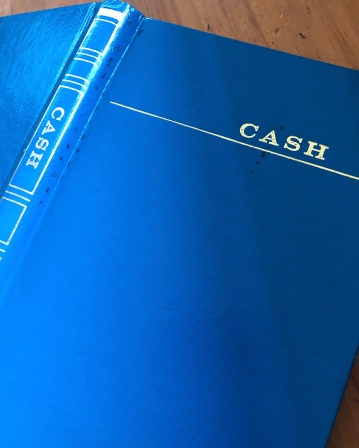 I have always been a numbers person. When I was in grade school, I made numbered lists of favorite books, colors, records…even friends. When something was numbered, it took on a distinctive degree of significance. And importance.

It was also a way to organize. I numbered all my 45s onto a corresponding divider matched up with their titles, all stored in a bright green case.

The importance of numbers became crystal clear when I started earning money in high school. I quickly realized that saving money – after earning it – was the ticket to the independence I had been craving since entering my teens.

Not surprisingly, my habit of keeping diaries and journals morphed into meticulous record keeping of money spent and money earned. This was back in the days of cash or check. I still have the record of every penny I spent in my last few years of college. Numbers paved the way to learning how to budget. This turned out to be a crucial skill a few years later when raising a family on a limited income.

But I didn’t know that back then.

In 1974 I was still living in a dormitory…on a meal plan paid for by my parents. Food was not a major expense, but other “essentials” added up. 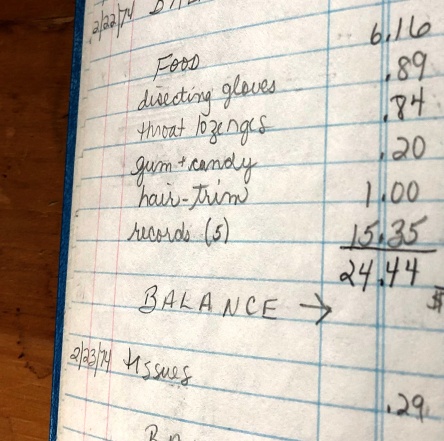 Apparently record albums were a priority.

Numbers added up more significantly once I moved to an off campus apartment the following year…when a garbage can, spatulas and beer mugs took the place of record albums on my list of spending priorities.

At least for a while.

Join 685 other subscribers
Follow one letter UP ~ diary 2.0 on WordPress.com